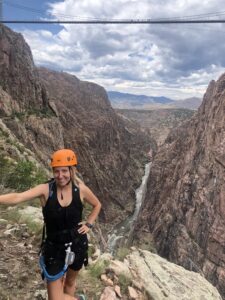 Mrs. Weiss was born and raised in Maryland, about an hour outside of Washington DC. Before coming to teach in Colorado, she served for 2 years in AmeriCorps*NCCC where she got to travel all over the United States. Mrs. Weiss also worked for the National Park Service in California. In her spare time, Mrs. Weiss enjoys spending time with her family, running, traveling, camping, gardening, and being outdoors. Mrs. Weiss loves teaching Math Intervention at Force Elementary and has two sons that attend here.